The nautical market continues to register positive growth, with registrations up to September up 13% on 2019.

"The 2021 boating season has been one of the best in many years, surpassing the turnover of 2019, with a 13% growth in recreational boat registrations up to the end of September. The sector is strong and boating is booming all over the world, and Spain is in tune with this trend. This is a fact that is reflected in the autumn boat shows, where the purchase intention of visitors is real and sales are at their best for years"., Carlos Sanlorenzo,  ANEN C.O.E.

The nautical market reaches September with figures 13% higher than the number of recreational boat registrations in the same period (January-September) of 2019. From January to the end of September this year, 6,258 recreational boats have been registered in Spain, compared to the 5,525 registered in the same period in 2019 and the 4,786 reached in 2020 at the height of the pandemic. Of the total registered registrations, 70.4% correspond to boats for private use and 29.6% to boats for nautical charter.

These are the data collected in the "Informe del mercado de embarcaciones de recreo enero-septiembre 2021", published by ANEN based on data provided by the Directorate General of the Merchant Navy.

Nautical tourism is facing the best scenario for growth since before the 2008 crisis. "The 2022 season is presented with good expectations, national tourism has incorporated 'nautical tourism' among the options that have grown the most in the last two years and we are confident that we will soon recover the flow of foreign tourists and overcome the current lack of supplies, which is causing delays in the delivery of pleasure boats in certain markets, to meet the growing demand," says Carlos Sanlorenzo,C.E.O ANEN.

By length, all segments grew in the year-to-date.

According to type of vessels

In relation to the 2019 data, before the pandemic, motorboats remain in first position as the most demanded (43.8% of the market) and register a growth in registrations of 18%. Jet skis, the next market with the highest demand (27.5% of the market) recover registrations and reach 28.2% more registrations up to September than in the same period of 2019. 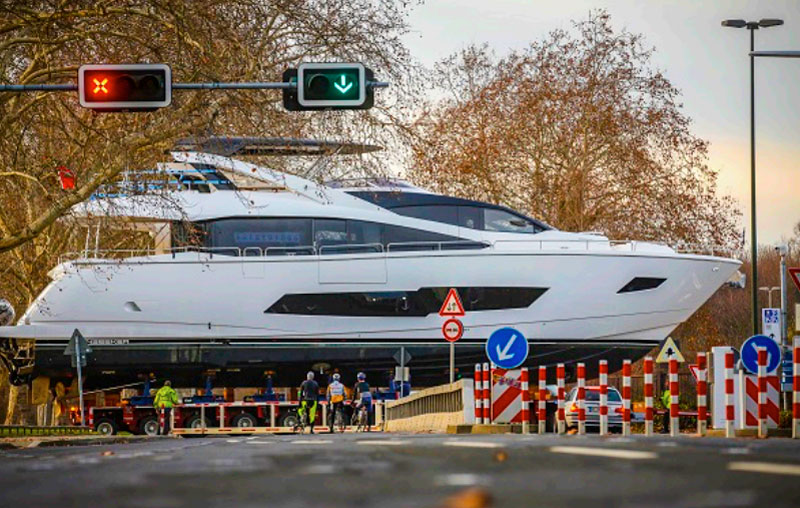